Despite attempts by veterinary associations, veterinary support groups and social services to address the 2-4 times higher rate of suicide amongst veterinarians, the tragedy continues.

In December 2018, the CDC published a study showing that American female veterinarians committed suicide at a rate 3.5 times that of the general population, whereas male veterinarians are 2.1 times more likely to end their lives. A recent article in the Washington Post links mounting debt, compassion fatigue and social media attacks by pet owners as causal factors.

Debt is particular to the USA where privatised higher education leads to veterinarians graduating with an average debt of $143,000, with some as high as $260,000. The American Veterinary Medical Association emphasised that veterinary student debt is part of a larger and more complicated societal issue in the USA where total student loan debt exceeded $1.5 trillion in 2018. This article by the Washington Post describes Robin Stamey’s recent brush with suicide and what led her to make such a drastic choice.

Social media abuse from pet owners is commonly listed amongst the causal factors associated with veterinary stress and suicide. This is a fairly recent social trend and is not confined to the veterinary profession. While there has been much research on cybervictimization in other demographics, no dedicated research has been published on the effect it has on veterinarians and suicide rates.

Elsewhere, in Australia the suicide rate amongst veterinarians is four times the national average. Stress and poor salaries are cited as reasons why veterinarians are leaving the profession leading to a shortage of veterinarians in Australia. The suicide rate is similar in the United Kingdom. Despite the fact that Australian and British vets do not graduate with such crippling debt as their American colleagues, due to Australia and the UK providing subsidised higher education, low salaries and the high cost of providing modern small animal veterinary care contribute to financial stress.

Despite this global phenomena, there are moves by the profession and the veterinary community to tackle this crisis. Love your pet, Love your vet was founded to raise awareness of the high rate of burnout and suicide amongst veterinarians. The founder, a psychologist Dr Nadine Hamilton recently released a book: “Coping with Stress and Burnout as a Veterinarian” aimed at helping vets, students and vet nurses understand the issue and provide strategies to help them cope.

Not One More Vet is an online veterinary support group which has grown into an international community of veterinarians who use social media groups like facebook to provide real time communication and support for veterinarians struggling with their jobs and mental health.

The Australian Veterinary Association has many resources available to members and the general community, through its VetHealth initiative, including a veterinary mentoring program.

The phenomena of veterinary profession related stress and suicide is not new, however recent social science research into the crisis is prompting action from associations and social groups. The profession is transforming towards a more feminised cohort who increasingly work in privatised, urban, small animal clinics with high economic stressors. This shift in socio-economic and cultural factors has changed the way in which veterinarians work, no longer a James Herriot type of villagepractice specialising in large animals.

Gender plays an important role in Ethnoveterinary medicine. Women are often the primary carers for livestock in smallholder systems in developing communities. As such, much of the health care, feed…

Gender Work in a Feminized Profession- The Case of Veterinary Medicine Veterinary medicine has undergone dramatic, rapid feminization while in many ways remaining gendered masculine. With women con…

Source: Feminisation of the Veterinary Profession

Veterinary Anthropology is concerned with how culture and society are organised around and influenced by issues of animal illness, health and animal health care systems. Veterinary anthropology cou…

A UK study found that veterinarians had a 4 times higher risk of suicide than the general population, and twice that of other health care professionals. Veterinary anthropological research into the…

Source: Veterinary suicide- the social and workplace factors that increase the risk

This excellent book clearly outlines the value Veterinary Anthropology can provide to our understanding of animals, disease and society. It also provides context for veterinarians to understand how their profession became such as it did.

Animals, Disease and Human Society: Human-animal Relations and the Rise of Veterinary Medicine

In recent years, the issue of animal disease has seldom been out of the headlines. The emergence of BSE and the threat of food-borne infections such as E.coli and salmonella have focused public attention on the impact of animal disease on human society. However, the problem of animal disease is far from new. Animals, Disease and Human Society explores the history and nature of our dependency on other animals and the implications of this for human and animal health.

Writing from a historical and sociological perspective, Joanna Swabe’s work discusses such issues as:

* animal domestication
* the consequences of human exploitation of other animals, including links between human and animal disease
* the rise of a veterinary regime, designed to protect humans and animals alike
* implications of intensive farming practices, pet-keeping and recent biotechnological developments.

This account spans a period of some ten thousand years, and raises important questions about the increasing intensification of animal use for both animal and human health. All those interested in human-animal relationships or in public health issues will find Animals, Disease and Human Society a thought-provoking and rewarding work.

Joanna Swabe is a Postdoctoral Researcher affiliated to the Amsterdam School for Social Science Research, Amsterdam, The Netherlands.

A UK study found that veterinarians had a 4 times higher risk of suicide than the general population, and twice that of other health care professionals. Veterinary anthropological research into the social and work related influences and stressors leading to this increased risk are vital to developing suicide prevention strategies. 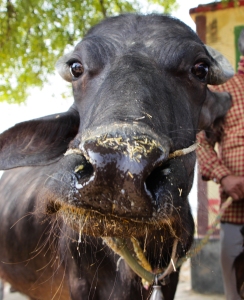 “Possible factors include the characteristics of individuals entering the profession, negative effects during undergraduate training, work-related stressors, ready access to and knowledge of means, stigma associated with mental illness, professional and social isolation, and alcohol or drug misuse (mainly prescription drugs to which the profession has ready access). Contextual effects such as attitudes to death and euthanasia, formed through the profession’s routine involvement with euthanasia of companion animals and slaughter of farm animals, and suicide ‘contagion’ due to direct or indirect exposure to suicide of peers within this small profession are other possible influences.”

Download the paper here: Veterinary suicide in the UK

Ethnobotanical surveys are used to identify medicinal products used by local people. The capture of indigenous knowledge about the care and healing of animals in local communities has become an imperative. Urban migration and loss of transmission of the oral lineage of knowledge means these traditions are quickly disappearing.